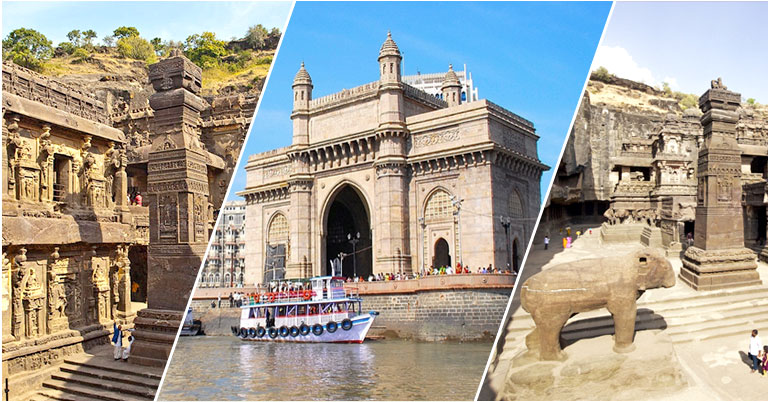 Day 01: Arrive Delhi
Today on arrival at Delhi International airport, our representative will assist you at the airport and transferred to hotel. (Check in time at hotel is 12 noon). Rest of the day at leisure. Overnight stay at hotel.

Day 03 : Delhi/Varanasi by Vande Bharat Exp – 22436 (0600/1400)
Early morning check out from hotel transfer to railway station to board the train to Varanasi - one of the oldest city of the world that is still inhabited. It was the heart of Hinduism birth. On arrival at Varanasi, our local representative will pick up you from railway station and transfer to hotel. Rest of the day at leisure. Overnight at hotel.

Day 04 : Varanasi
Early morning you will enjoy sunrise boat ride on river Ganges (1 Hrs.) - It gives a glimpse of morning life along the ghats in Varanasi. These boats are slow moving and help us to see stunning sun rise over the horizon with Ganga in the foreground, the panoramic views of ghats and the morning life on ghats. Return to hotel for breakfast and later proceed to visit Kashi Vishwanath temple – a 300-year-old Lord Shiva temple. BHU-Banaras Hindu university (outside visit) - established way back in the year 1916 boasts about largest university campus in the entire Asian continent. Annapurna temple, Sankat Mochan Hanuman temple & Bharat Mata temple.

Later proceed for excursion of Sarnath - an important Buddhist pilgrim spot. This is the place where Lord Buddha gave his first sermon after enlightenment. Top attractions in Sarnath are Chaukhandi stupa, Buddha temple, Dhamekha stupa, archeological museum (closed on Friday). After visit return to Varanasi and witness evening aarti ceremony at Ganga ghat (Highlight of Varanasi). Overnight at hotel.

Day 07 : Agra
After breakfast proceed to visit the famous Taj Mahal (Closed on Friday) - built by Mughal Emperor Shah Jahan as a memorial to his queen Mumtaz Mahal, made out of white marble took 22 years to complete (1630-1652 AD). Also visit Agra Fort - which has the Pearl Mosque, Diwan-e-am (the hall of public audience) and Diwan-e-Khas (the hall of private audience). Overnight at hotel.

At evening optional visit (additional payment basis) of Mohabbat the taj show - that depicts the romantic love story of Emperor Shajahan and his beloved wife Mumtaz Mahal in the famous theatre Kalakriti Cultural and Convention Center. The live show is in both Hindi and Urdu languages and interpretation is available in English, French and German through headphones. Reporting time at Theatre for show is 1800 hours. During the one and half hours you will not only be touched by the beautiful story but also to experience the lavish lifestyle of the Mughal Empire. Their grandeur and extravaganza is well put forward in the creative dance performances.

Day 08 : Agra/Ranthambhore via Fatehpur Sikri (270 Kms/6 Hrs.)
After breakfast check out from hotel and drive to Ranthambhore, en-route visit Fatehpur Sikri- built during 1571 and 1585. Fatehpur Sikri is one of the finest examples of Mughal architectural splendour at its height. After visit continue drive to Ranthambhore - a vast wildlife reserve near the town of Sawai Madhopur in Rajasthan. It is a former royal hunting ground and home to tigers, leopards, marsh & crocodiles. On arrival check in at hotel. Rest of the day at leisure. Overnight at hotel.

Note: All national parks in India will closed from July till 1st week of October every year.

Day 09 : Ranthambhore
Wake up early in the morning and proceed for jungle safari in Ranthambore National Park by jeep. Ranthambore national park is one of the best wildlife tourist destinations in the world, to see Tiger and other wild animals in their natural habitat. Ranthambore National Park is home to a large diversity of wildlife. After safari return to hotel for Breakfast, day at leisure till noon. After Lunch get ready for afternoon jungle safari in Ranthambhore national park to spot the Tiger. Overnight at hotel.

Day 10 : Ranthambhore/Jaipur (180 Kms/3 to 4 Hrs.)
After breakfast check out from hotel and drive to Jaipur - the capital of India’s Rajasthan state. It evokes the royal family that once ruled the region and that, in 1727, founded what is now called the Old City, or “Pink City” for its trademark building colour. On arrival check in at hotel. Rest of the day at leisure. Overnight at hotel.

At evening optional (additional payment basis) Jaipur city heritage walk – (Start point – Choti Chaupar and finish point - Johri Bazaar, Jaipur, Duration: 2 - 2.5 Hours) - Explore the geometrically precise architecture of the city and the significance of its `Chaupars` (intersection points). Also visit the old stables converted into market. Takes a bird eye view of walled Pink City from one of the bigest towers (Optional). Walk through the market of bangle makers and see a demonstration of bangle making with - Sealing wax. Witness a narrow lane full of bridal clothing shops. This will leave you spellbound. Walk though some of the most interesting artisians & old houses (Havelis). Gemstone workshop & enjoy a hi-tea while witnessing gemstone bullion. Closely observe the gathering of local sellers selling the milk products for making the most delicious Indian sweets. An accompanying walks` Explorer.

Day 11 : Jaipur
After breakfast proceed for an excursion to Amer Fort - Ascend the fort on Elephants back. In the afternoon take city tour of Jaipur visiting the City palace, the Jantar Mantar (observatory), the Palace of Winds, photo stop at Albert hall museum. At evening witness aarti ceremony at Birla Temple. Overnight at hotel.

Day 12 : Jaipur/Kolkata by 6E-207 (0730/0955)
Early morning check out from hotel and transfer to airport to board the flight to Kolkata. On arrival at Kolkatta, pick up from airport and transfer to hotel. Later proceed to visit Victoria Memorial, the Jain Temple, Marble Palace mansion, Dalhousie Square (interesting architecture). Also visit the home of Mother Teresa’s Ashram Home of Children - a visit there can be an emotional and enlightening experience. For a spot of shopping head to the Maidan (a market). Overnight at hotel.

Day 13 : Kolkata
After breakfast proceed for sightseeing of Kolkata, head toward Howrah Bridge, where you can witness the pandemonium at the colorful flower market (you need to arrive before 7am). Crossing over Howrah Bridge, head toward the Belur Math Shrine. Take a look at the potters village at Kumartuli. Also visit the Rabindranath Tagore House Museum, Marble Palace. Drive through the thousands of bookstalls along College Street, and finish with coffee at the Indian Coffee House. Overnight at hotel.

Day 14 : Kolkata/Sonaklhali or Godhkhali(03 Hrs.)/Sundarban (01 Hrs.)
After breakfast check out from hotel and drive to Sonaklhali/Godhkhali, a journey of about 3 hrs. After obtaining necessary permission from forest department, we will transfer you by motor fitted country boat from Godhkhali jetty to the tourist lodge located in the Sunderbans Islands. This journey would take you down the rivers Hogil, Gomar, Durgaduni and Gumdi in about an hour. After lunch, set off on motor boat and proceed towards the Sundarbans National Park and view wildlife from the Sajnekhali watchtower. Also visit the Sajnekhali Museum and Mangrove Interpretation Centre. After watching the sunset from your motorboat, return to resort. Overnight at forest resort/boat.

Day 15: Sundarban/Kolkata
The second day of the Sundarban tour package includes a Boat Safari through the narrow creeks and canals of Sundarban Tiger Reserve. Enjoy the thrill of cruising deep in the “Indian Amazon” as India Beacons calls it and also around the islands of the Sunderban Tiger Reserve. Let yourself be guided by our Naturalist or Guide to view the Mangrove forest from close quarters, deep inside the creeks of Sarak Khali. Last on your itinerary would be the Sudhanyakhali Watch Tower. The sweet water pond at Sudhanyakhali attracts a lot of wild animals and offers you the chance to view them from close quarters. After lunch on the boat, we depart for Godhkhali/Sonakhali. On arrival at Godhkhali/Sonakhali, we will transfer you to hotel in Kolkata. Overnight at hotel.

Day 17 : Puri/Konark/Puri (40 Kms one way)
After breakfast proceed to visit Konark Sun Temple - It attracts around one lakh devotee’s every day from all around the world. We visit Chhaitana Stone Carving Village and Chandrabhaga beach way back to Puri. Overnight at hotel.

Day 18 : Puri/Bhubneshwar (65 Kms/2 Hrs.)
After breakfast check out from hotel and drive to Bhubneshwar, on the way visit Chaushathi Yogini Temple and Dhauli Rock Edicts. The Caves of Udaigiri and Khandagiri dating back to 3rd Century BC are worth visit of the Sculptures of age old Artists depicting the Social life of the people of that age. Also visit Pipli Artisan village. On arrival at Bhubneshwar, check in at hotel. Overnight at hotel.

Day 19 : Bhubneshwar
After breakfast proceed to visit of Parasurameshwar Temple, Mukteshwar Temple, Rajarani Temple and Lingaraj Temple. Rest of the day at leisure. Overnight at hotel.

Day 20 : Bhubneshwar/Mumbai by 6E-375 (0850/1120)
After breakfast check out from hotel and transfer to airport to board the flight to Mumbai. On arrival at Mumbai, pick up from airport and transfer to hotel. Rest of the day at leisure. Overnight at hotel.

Day 21 : Mumbai
After breakfast proceed to Gateway of India and board on the sharing boat for the excursion of Elephanta Cave, boat will take one hour to brings you to the lush green Elephanta Island. Here, visit some of the huge and intricately carved Elephanta Caves that date back to the 8th century. For rows of massive columns cut into three-headed sculpture representing Brahma the Creator, Vishnu the Preserver and Shiva the Destroyer. Afternoon return from Elephanta cave and proceed for half day city tour covering Victoria terminal (Chhatrapati Shivaji Terminus), Mani Bhawan (Mahatma Gandhi’s home when he used to visit Mumbai), Rajabai Clock tower & Hanging Garden. Also drive through marine drive (known as Queen’s Necklace). Overnight at hotel.

Day 22: Mumbai/Aurangabad (Flight)
Aurangabad/Ellora Cave/Aurangabad (35 Kms one way)
Early morning check out from hotel and transfer to airport to board the flight to Aurangabad. On arrival at Aurangabad, pick up from airport and transfer to hotel. Later proceed to visit Ellora Caves (Closed on Tuesday) - also known as Elapura in the Rashtrakuta Kannada literature. Well known for its monumental caves, Ellora is an UNESCO World Heritage Site and forms one of major tourist attraction in Marathwada region of Maharashtra. Post Ellora excursion Proceed for city tour of Aurangabad covering - Bibi Ka Maqbara, Chand Minar, Jama Mosque and Shivaji Maharaj Museum, Aurangabad Buddhist caves and Daultabad fort. Overnight at hotel.

Day 23: Aurangabad/Ajanta Caves/Aurangabad (105 Kms one way)
After breakfast proceed for day excursion to Ajanta Caves (Closed on Monday)- a UNESCO World Heritage Site which houses 30 rock-cut Buddhist Caves. The Caves include paintings and sculptured described by the Archaeological survey of India as “the finest surviving examples of Indian art, particularly painting”. After sightseeing around the place, drive back to the hotel. Overnight at hotel.

Day 24: Aurangabad/Mumbai (Flight) Departure
Early morning check out from hotel and transfer to airport to board the flight to Mumbai and further connect the flight to onward destination.

Note : Kindly note distance & driving hours mentioned in the itinerary are approximate, it will be more or less depend on road condition & traffic on any particular day.